Why More Cardio Is Not The Answer to Burn Fat

The simple act of burning fat is a Frankenstein of pseudo scientific nonsense, with everything from detox tea on the far ranging bullshit end of the spectrum, to sound diet and consistent exercise on the incredibly reasonable and effective opposite side of the spectrum. Somewhere in the middle exists the modern day craze of heart rate monitoring your treadmill workout and chasing results through soul crushing effort.

When it comes to fat loss, over the years I have found that most people want that single answer, that isolated strategy where all they have to do is just that one thing and it will grant them results like a genie in a bottle. Everyone wants a silver bullet when in reality, when it comes to fat loss there are just a bunch of lead bullets that you have to fire, and reload. Fire, and reload. Which over time, get you to your goal.

Wah, wah, wahhhh. Right out of the gates I hit you with that boring shit.

I really cannot over hype the importance of starting with the basic concept of food preparation and making your own meals, which is why it bats leadoff today. It’s the reason why it’s our singular focus the first few weeks of Coach Ashley’s NUTRITION+ program. We have found that so many folks think they are eating well, think they are eating the right level of calories, and think they are dialed in.

To the last man or women, they aren’t. At least to start.

The only way to begin to correct this is to get in the habit of making your meals at home. You wouldn’t fix the roof of a house after a hurricane before you fixed the foundation and the same goes for diet. Own your home base. If you have the extra motivation then keep a food log of what you eat. You will be less inclined to eat garbage and overeat when you have to physically prepare it and take responsibility of logging it.

Once you get a basic grasp of your main habits, you’ll be able to apply things like tracking your calories, macros, and other advanced strategies if it even gets to that point. Chances are, it won’t because you’ll see major results just by making your food at home and writing it down.

The reality of fat loss or any kind of body re-composition, is that it’s quite literally impossible to achieve with a poor diet. The good news is that if you get your house in order, you have a very good chance of hitting or making major strides towards your goals. Quickly.

Of the men and women who have achieved the most remarkable physical transformations at P360, talking anywhere from 15 to 65 pound fat loss or just recomposing their body to have more muscle and less fat, every last one of them did so using strength as their primary vehicle in the gym.

Strength, not cardio, is exponentially more effective as a fat loss foundation for two primary reasons.

Work Capacity
Where strength training really sets itself apart is that it increases your ability to do things, called work capacity, and it’s really, really important. For example, let’s say that the majority of your workouts are 30 minute circuits performed with loads that average twenty five pounds. Let’s just say that in your workout you complete 500 reps. So, your total work performed would be 12,500 pounds (500 reps x 25 pounds).

But, let’s say you focus on getting stronger and you are now able to perform those 500 reps at an average of thirty five pounds. Now, your work performed is 17,500 pounds. More muscles worked, more calories expended, more exertion, more intensity, more favorable metabolic responses in your body…without increasing duration. 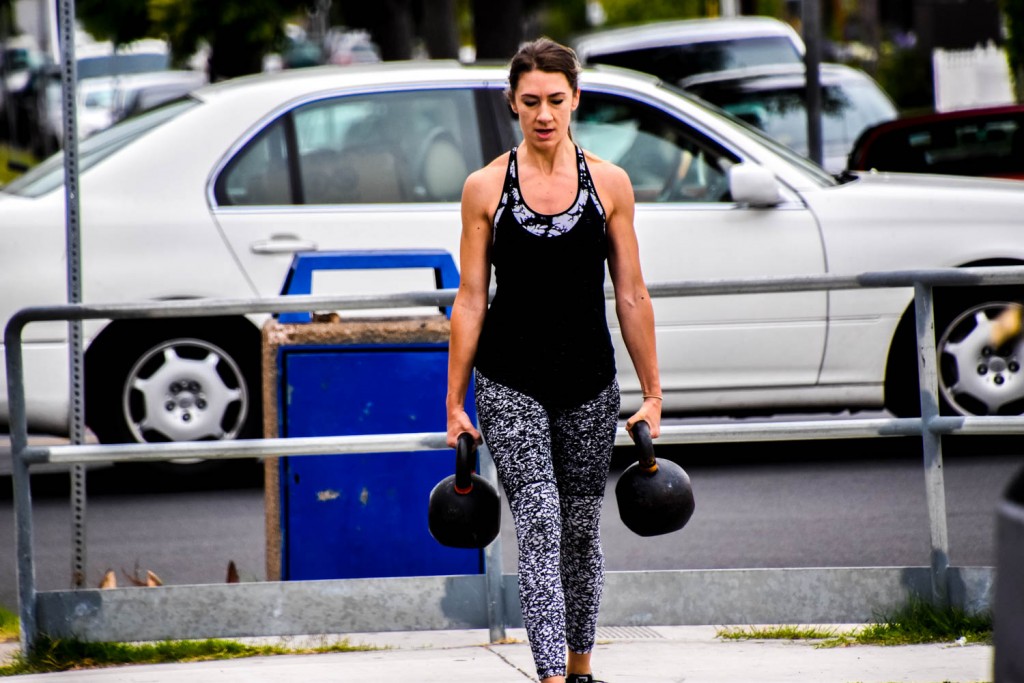 Hormones
Compared to chronic bouts of long cardio that can jack up our stress hormone cortisol, which in turn wreaks havoc on our ability to burn fat, strength training causes our body to produce more favorable hormones for burning fat and preserving lean, calorie burning muscle. These favorable hormones lead to more muscle and less fat over the long haul, two things every single human being alive should want if they wish to remain that way for as long as possible.

Too many hear “strength training” and they think that means constantly grinding out single rep PRs.

Go up that next kettlebell, pick a DB set one rack lower, get uncomfortable on your pull-up bands, use that heavier med ball, toss ten pounds on your next squat day. All of these will yield strength increases in the doses that will help your body composition to burn more fat. Not to mention becoming a stronger and more capable human.

Your Basal Metabolic Rate (BMR) is the amount of calories your body burns at rest, daily. Metabolically, building muscle is very advantageous because the amount of muscle we have on our body is directly proportionate to how many calories we are able to burn. Muscle is a very metabolically active tissue, much more so than fat so the more we have of it the more calories we burn while we’re sitting around doing nothing.

A 155 pound woman comprised of 18% body fat will burn far more calories than a 155 pound woman with 25% body fat. So think. Scrolling memes, posting about how Jeffrey Epstein didn’t kill himself, uploading your sunset pic to IG stories. All of it, just kickin’ back burnin’ cals. Way more than you would if you didn’t have those few more pounds of muscle. 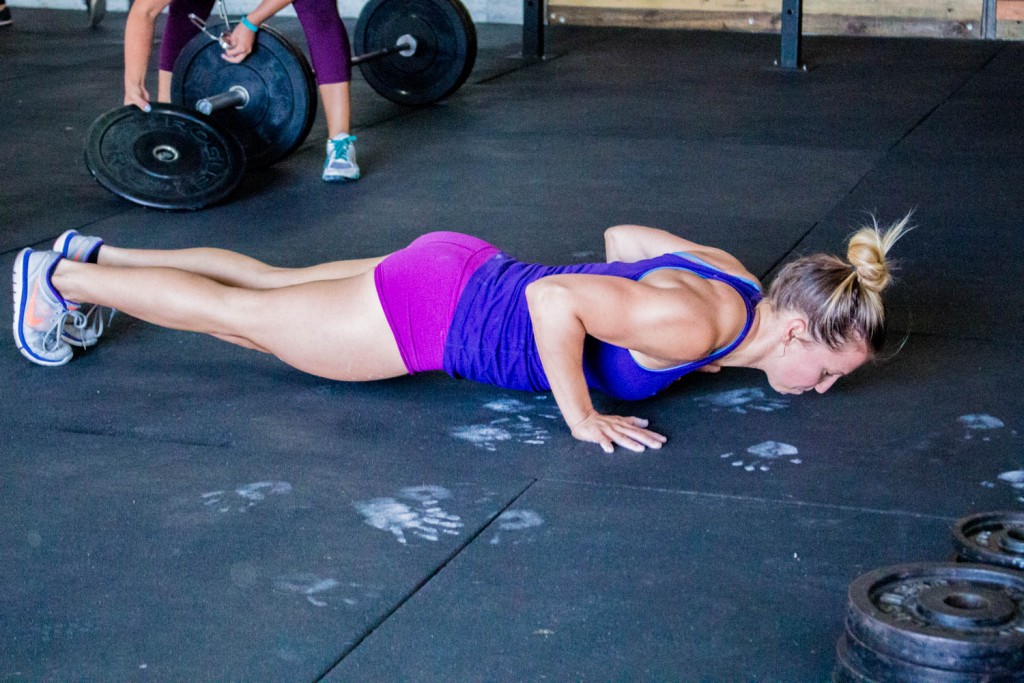 The kind of muscle you build with barbell strength training is particularly effective because you do so through multi joint movements. For example, the back squat is going to have action at the hip and the knee, meaning it’s going to engage the glutes, hams, quads, and calves. Because the barbell is also loaded across the back and shoulders (and not our feet like a leg press), our core and arms are going to be trained, as well. In contrast, take something like a machine hamstring curl that will target just the hamstring and place no emphasis on our nervous system of core.

Consider this from a 2012 NCBI study:

The barbell is your friend. All it wants is to meet and spend a little time with you and she knows that once you get to know her, you’ll think she’s super great. You don’t have to hang out with her everyday, she’s not a needy psycho. She just wants you to spend quality time with her a couple times per week. A quality over quantity kinda gal.

I’m not gonna sit here and shit on running, cycling, or any other form of cardio. I enjoy both running and cycling regularly, straight up. I take my bike around bay a few times per month to mix it up, and run around my neighborhood or Tecelote trail with my dog usually once a week. Both feel great for me and my body at 37, and there’s a place for it anyone’s fitness routine if you enjoy it and that’s what gets you active.

Habitual, long term bouts of cardio as the foundation of your fitness are not beneficial on your fat loss goals. Said differently, if you find yourself ramping up your cardio more than you are lifting, you likely won’t hit your fat loss goals for two main reasons.

First, traditional cardio doesn’t build muscle. And as we just learned, muscle is the most important tissue we can have on our bodies for burning fat. Running is not hard for our body, muscularly speaking. Sure, we get a cardiovascular challenge, but we’re not engaging our muscles in a way that supports their growth.

Second, you have to try really hard to get progressive overload, which is one of the most basic principles of driving adaptation in fitness: make your training consistently harder. Longer is not harder. Longer is longer, and in the case of cardio, longer is worse. When in an extended aerobic state such as running, our body has the option to pull fuel from glycogen (carbs), fat…and muscle. If we are underfed or perform for too long, then some of your muscle is going bye bye. 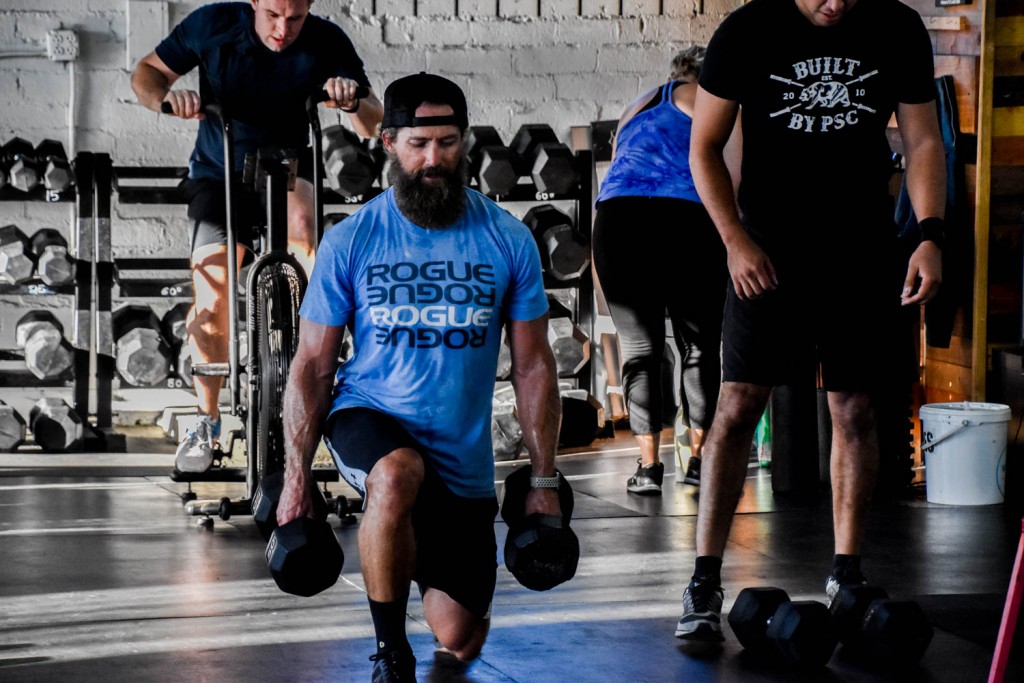 Word. It can certainly work to shed a little bit of weight, especially for untrained folks at the onset of a program (much like someone who drinks for the first time, the stimulus is new and highly effective). But, I would challenge you to measure that weight loss via something other than the scale and you will very likely discover you are burning muscle along with fat. Remember, muscle drives your ability to burn calories so if you’re stripping it, there is zero net benefit other than aerobic health.

Many programs sell you on the idea that burning calories is the key to an effective workout. This is a load of rubbish. It’s not that burning calories is a bad thing. Burning calories is effective, but it is a shitty stand alone data point to determine effectiveness towards fat loss because with steady state cardio, it requires you go to longer in order to achieve the goal. Consistently chasing calorie counts in this environment is quite literally chasing the pursuit of having less muscle, a sure fire way to have poor strength and develop a poor physique.

How you burn calories matters. The better alternative is “loaded cardio”, where we’re training at higher intensity than casual cardio, and under load. 10 – 25 minute circuits performed at high intensity, with compound movements like lunges, slams, throws, pushes, pulls, presses, etc.

Lead Bullet #5: Clean Up Your Weekends

The easiest way to illustrate consistency from a more scientific standpoint rather than abstract is to look at diet. Let’s assume that someone needs to eat 2,000 calories in order to get the physique they want, and they end up with the following weekly outcome.

We think we are doing well because Monday through Friday we crush it, but those Saturday and Sunday choices up and fuck us. I want you to enjoy your weekends and enjoy your life, but if you have physique goals the surest way to not reach them is to turn into Paris Hilton on the weekends. Get some healthy activity on your Saturday morning, avoid eating garbage at all meals, scrap the 300 calorie IPAs for a while and you’ll see a huge boost in your fat burning ability. Hell, the bulk of our membership is in PB and OB. Just doing this will help many. 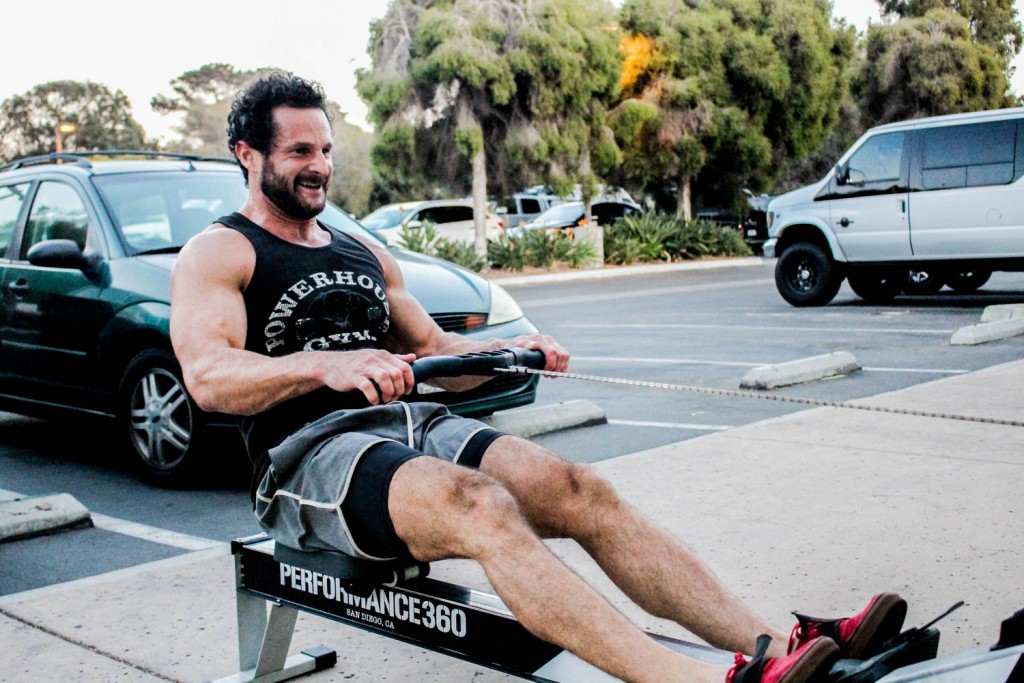 It may not be a single silver bullet, but it’s a bunch of proven lead bullets that will produce the kill.